Despite the passage of the Civil Rights Act, many Texas towns remained segregated along racial and socioeconomic lines in the 1970s. The City of Pharr, incorporated in 1916, was divided by the railroad tracks on what is now U.S. 83 Business: Most affluent Anglos lived on the south side and most poor Mexicans and African-Americans lived to the north, an area that suffered from a lack of basic resources and poor infrastructure.[1] Located less than ten miles away from the U.S.-Mexico, Pharr consisted of a majority-Latino population in 1971 but influential political positions remained predominately white. [2] The racial and socioeconomic disparities pervading the city resulted in political corruption that negatively affected the Mexican-American population. Pharr’s power structure often resulted in unfair discrimination from city hall politicians, school board members, and tax collectors.[3] Conflicts also occurred between Mexican-American laborers and police officers, who often sided with Anglos in the agriculture business. For example, Mayor R.S. Bowe reportedly implemented a “system of rewards and punishments” that involved law enforcement unfairly targeting Mexican-Americans.[4] Reports of police brutality and unjust arrests of Latinos were common.[5]

In response, residents formed a political action group called Union y Fuerza that sought to remedy the disconnect between city officials and Mexican-Americans.[6] Founding members like Maria Magallan raised awareness of incidences of police brutality in the community newspaper, ¡Ya Mero!.[7] Stories of violent arrests, explicit discrimination, and prison corruption permeated its pages. Despite receiving news coverage, Union y Fuerza and the issues they proposed were ignored by city officials. Local activists and organizers continued to raise awareness about these incidents in local newspapers, but eventually decided direct action was necessary.[8]

The group helped organize a protest with leaders from the Mexican American Youth Organization. The protest began outside the Pharr Police Department on February 6th, 1971 as a picketing line with a few dozen people, but throughout the day it increased its numbers to about 300 individuals. When the protestors started chanting, Chief of Police Alfredo Ramirez accused them of abuse.[9] The February 7th, 1971 issue of the local newspaper, The Monitor, claims the protestors threw rocks which lead the police to call on the fire department to unleash hose streams.[10] But according to on-the-ground reports, fire hoses and tear gas were turned on the protestors first, and they responded by throwing rocks.[11],[12]

Afterward, the Pharr Police requested assistance from the sheriff’s office and neighboring departments. Once police officers began firing gunshots, the scene transformed into chaos. Several protestors were assaulted by police and over thirty individuals were arrested. During the riot, Alfonso Flores stepped outside Ramos Hair Styling Center across Cage Boulevard to witness the scene. [13] Although he was not involved in the protest, he was shot in the head by a bullet fired above fleeing protestors.[14] He died the next day at Valley Baptist Hospital in Harlingen.[15]

Although many protestors were arrested and injured during the Pharr Riot, it was Flores’ death that marked the event as a tipping point in the region’s race relations. In the following weeks, civil rights leader Cesar Chavez attended Flores’ memorial and urged residents to boycott Pharr businesses until figures like Chief of Police Ramirez resigned.[16],[17] In addition to boycotting, local organizers picketed city hall and other government offices. Groups of women protestors lead the efforts along with The Concerned Citizens Committee and Pharr Citizens League.

The event reached a national scale when Mayor Bowe requested the Justice Department to investigate the riot and the charges of police brutality.[18] U.S. Attorney Anthony J.P. Farris claimed the FBI had launched a probe, but it “[would] take no action on the evidence gathered unless local authorities fail[ed] to act.”[19] By March 11th, 1971, the Hidalgo County Grand Jury had issued 12 indictments, including one to deputy sheriff Robert Johnson for negligent homicide. Initially, the source of the bullet was questioned in The Monitor.[20] However, numerous witnesses claimed that Johnson had fired the shot.[21] Johnson was ultimately acquitted two years later.[22] The Grand Jury’s report also laid out criticisms of the Pharr politicians and policemen and advocated for more transparency in city operations. In addition, it recommended a “human relations and civilian police review board be named.”[23]

In the aftermath of the riot, Mayor Bowe, four city commissioners, and Chief of Police Ramirez resigned. A.C. “Beto” Jaime was elected the city’s first Mexican-American mayor and Manuel Chavez became Chief of Police.[24],[25] Alonso Lopez, one of the protestors who survives to this day, was sentenced to five years of probation for “interfering with a peace officer” while the charges against other protestors were dismissed.[26] Over time, Latinos won positions on city councils, school boards, and other influential areas.[27] The political leadership in Pharr and surrounding Rio Grande Valley cities began to represent the constituents they served.

In the 21st-century, the Rio Grande Valley’s political sphere is representative of its Latino population in part because of the Pharr Riot. Today, Pharr’s mayor, city commission, school boards, and other influential positions are nearly all Latino. Because over 90% of Pharr’s population is Latino, racial and ethnic representation in government has quelled racial tensions in the city and surrounding areas, as well as guarantee first-class status to the majority of Rio Grande Valley constituents.[28] In an interview with The Monitor, University of Texas – Rio Grande Valley professor Ned Wallace claimed:

The Pharr Riot represented a turning point in the Rio Grande Valley, when Mexican-Americans, the majority population, became more fully integrated, politically, socially and economically, into American life. Before the riot, Anglos held most of the positions of power that were excluded to Mexican-Americans. Afterwards, the barriers that kept Mexican Americans as second-class citizens were dismantled, and Mexican-Americans began to enjoy the same rights and privileges as Anglos.[29]

Furthermore, contemporary events involving civil unrest such as those in Ferguson, Missouri and Minneapolis, Minnesota echo the Pharr Riot’s concern with eliminating police brutality and reforming the criminal justice system. The aftermath of the Pharr Riot is an example of social activism prevailing against a corrupt political system; it can be viewed as a testament to the importance of improving race relations in 21st-century America. The event also proves that a community can emerge more unified after a riotous disaster, as evidenced by North Pharr receiving enhanced infrastructure, housing, and businesses, which improved the quality of life of all residents.

Besides infrequent coverage in the local newspaper, the Pharr Riot remains a relatively unknown event in Texas and Rio Grande Valley history. Participants of the Pharr Riot are still alive to tell their stories,[30],[31] but the event has not been formally recognized by city or state officials for nearly 50 years. In 2017, Pharr resident Thomas Ray Garcia applied for historical marker recognition to the Texas State Historical Commission, which approved the marker’s placement near the Ramos Hair Styling Center. The historical marker symbolizes the state’s official recognition of the event’s significance to post-civil rights South Texas and the Chicano Movement.[32] With the installation planned for early 2021, the historical marker will remind future generations that an engaged citizenry can transform a political system to improve their quality of life.

[31] “The Politics Before and After the Riot – Interview with Ruben Rosales” Civil Rights in Black and Brown Oral History Project, 4:59, posted by Sandra Enriquez and David Robles, June 23 2015, https://crbb.tcu.edu/clips/1712/the-politics-before-and-after-the-riot 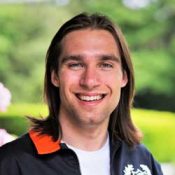 Writer, academic, educator, and entrepreneur from the Rio Grande Valley. Founder and Executive Director at College Scholarship Leadership Access Program (CSLAP)
Research interests focus on 20th-century American Literature, particularly the intersections of literary analysis, political history, and economics. Teaching career began with a year-round extension of CSLAP, entitled “University Scholars,” for 9th-12th graders at Pharr-San Juan-Alamo ISD. I developed three curricula for the course for the district’s continued use. Since 2018, I have taught a total of seven writing courses at UCLA. Current writing projects include a collection of short fiction about the U.S.-Mexico borderlands, a poetry volume about the immigrant experience, a co-authored memoir on the South Texas Chicano Movement, and a speculative fiction novel.

The Chihuahuan Desert straddles the border to cover more than 200,000 square miles of terrain across 8 states and is considered to be the most biologically diverse desert in the world as measured by the variety of species and endemic plants. Its relevance and impact to the culture and traditions of its human inhabitants is intertwined with their survival in this distinct landscape. Our program guests include sustainability activist, Kevin Bixby of the Southwest Environmental Center; landscape architect, David Christiani; historian, Anthony Mora, Ph.D. and artists Antonio Castro and Romy Hawkins.

Query: This mixed-media artist is originally from El Paso. Here, the artist  arranges sardine cans in a child-like creation. Is the artist male or female

Hint: This artist’s work has been featured in Icons and Symbols of the Borderlands. The artist lives in Arlington, Texas, but grew up in El Paso

Hover To Find The Answer