“Posada nos dice que todos somos muertos bajo la carne”–Posada tells us that we are all dead beneath the flesh (Ruiz, Alonso, El México de José Guadalupe Posada, 2019). The art of José Guadalupe Posada ((1852-1913) reminds us—in stark black and white–of our mortality. His life—spanning the dictatorship of Porfirio Díaz though the Mexican Revolution–reveals to us the glories and the tragedies of Mexico. His death silenced his pen and engraving tools, but he has been resurrected.

According to Diego Rivera, the “corriente mas positiva”–most positive current–of art is “arte popular,” or art for and by the people, the masses. And “lo mas grande”–greatest–of these artists (“tan grande como Goya y Callot”–as great as Goya or Callot) was José Guadalupe Posada.  His principal technique: “Armada de buril de acero hirió el metal ayudado por el ácido corrosivo—armed with a stylus of steel, he struck the metal, using corrosive acid” (Rivera, in rius, 7-8). The technique varied, but usually began with drawing, then woodcut, then transfer to metal sheets, using a tiny, spike-like knife; the result being “ziconografía.”

We are less than a decade past the centennial of the death of Posada. He was born February 2, 1852, in La Calle de Los Angeles, 47, in La Ciudad de Aguas Calientes, Mexico. He began drawing early in his life—everything, anything: “etiquetas for cajas de puros, botellas de licores, diplomas, invitaciones para actos civicos, anuncias de corridas de toro”–labels for boxes of cigars, bottles of liquor, diplomas, invitations for civic events, announcements of bull fights (rius, 26). Then, after a major flood of the city in 1888, which destroyed the taller (press) where he worked, his family moved to Mexico City (rius, 28). Posada was “unknown” in the large city, until discovered by editor Irineo Paz (grandfather of poet/author Octavio Paz). He was set to work, hoping to rival a well-known caricarista, José Maria Villasana.

At the same time, Posada met Manuel Manilla (“padre de las calaveras”–father of the skeletons). He then introduced him to his own editor, Antonio Venegas Arroyo, who “recognized the genius” of this newcomer from Aguascalientes, and gave him the freedom to create what he felt the need to draw (rius, 30). Together, with a poet from Oaxaca, Contancio Súarez, they became “un trio incomparable—y terrible”–an incomparable and terrible trio, creating a new type of journalism, using “hojas de papel volando”–sheets of loose paper– to reach the lower class.

Posada was the first to popularize “41,” as a code for homosexuality, with his graphic depiction of the famous exclusive and risqué, private club party and subsequent police raid (rius, 38). That incident, covered as an intrepid journalist, but through his own inimitable art, was made into a major Mexican film, screening in 2020; Covid prevented many from seeing it. “Dance of the 41,” was directed by David Pablos, and starred Alfonso Herrera as Ignacio de la Torre y Mier, the gay son-in-law of then President (and dictator) Porfírio Díaz. Hence, the scandal at the time (and the courage, even now, of Mexican filmmakers). Posada never shirked from presenting reality others covered up. Often, that tendency got him in trouble.

Posada denounced the use of porfirista troops in the “re-installation” of Indigenous peoples back to the haciendas, in effect, as slaves (rius, 38.). He caricatured “private initiative’ in his cartoon of the “three graces”–Commerce, Banking, and the Church (rius, 39). His drawings reached beyond satire; he literally invented the use of “encabezadas,” or headlines for journals and, as lasting but more specifically cultural, he created the plethora of familiar figures for La Loteria, playing cards so popular in Mexico and the rest of Latin America (and the Valley of South Texas) (rius, 89).

On the other hand, counter-intuitively, Posada, as a younger artist, was still slightly naive about politics; he willingly drew items on behalf of Porfírio Díaz! (rius, 46). That is, as do some journalists today, he drew what editors or journals demanded. He was never interviewed, so it is difficult to know his exact ideology. We can only extrapolate from the heavy number (and quality) of drawings of the Mexican Revolution, of Zapata, of “soldaderas”—the sturdy women soldiers, alongside the men of the Revolution” (rius, 53). But the drawing—so frequently displayed–of a revolutionary calavera on horseback, riding over skulls, was, in fact, not by Posada; “simplemente, no es su línea,” according to rius, another knowledgeable artist and disciple of Posada (rius, 57).

What Posada did accomplish was an astonishing quantity of commercials and illustrated “news” items, capturing the essence of various, daily macabre crimes; again, so often the theme of death permeated his work, because it seemed to surround both urban and rural Mexicans. Hence, the many skeletons and skulls. The skeletons were used as metaphors for a stormy and often corrupt society; ritual use of skulls pre-dates the Hispanic influence, thus, they could be familiar, even comforting.  Posada supplemented his black humor with lampoons of venal politicians; for his effrontery he was jailed on several occasions.

Posada perfected the calavera -with his “esceletos bailando, y musicos tocando” (rius, 68). His “maxima creación” was Catrina—the elegantly dressed skeleton, so imitated in film (Coco, 2017, and Book of Life,” 2017). She is a perfect “fit” for Dia de los Muertos, celebrated each November. North Americans, looking for some satisfactory meaning for that increasingly famous date, can try to imagine Memorial Day, Thanksgiving, even, some say, Halloween, rolled up together, with a Mexican soul. It still is not enough; the Day of the Dead exudes and explains Mexico.

Catrina is the also the centerpiece in Diego Rivera’s famous mural, “Sueño en la Alameda,” along with Diego himself and, appropriately, Posada. (rius. 84). It hovered over diners at the Hotel Alameda, across from the park and monument to Beníto Juárez; damaged during the 1985 terremoto, it was moved and can now be enjoyed in the, across the street.  After his death, November 20, 1913, Posada, who had left the world so much to celebrate, was not celebrated. He died, almost abandoned, of gastroenteritis and was buried in a “fosa of the 6th class”—he had no savings (rius, 82).  How would Posada have covered the disgraceful scandal of the rest of Mexico forgetting him?

No one claimed Posada’s remains. His body was later exhumed and placed in a fosa comun, or common, mass grave.  One thinks of “a prophet without honor in his own country.” There was “ninguna homenaje, ningun libro, ningun articulo, ninguna exposición—no homage, no book, no article, no exposition for him (rius, 82).  Only in 1930, thanks to Diego Rivera, was José Guadalupe Posada re-discovered, studied, imitated, and given appropriate homage.

Sadly, many of Posada’s 15-20 thousand drawings were lost, some of his metal plates trashed. Diego mounted a personal, important collection of what he could find. Pablo O’Higgins, muralist and architect of the library at the national university (UNAM), gathered a respectable amount of Posada’s work. A major collection is held today in the Art Institute of Chicago. In Mexico, long after his death, “cultural authorities” began to recover Posada’s drawings (rius, 84). Posada’s only comic “person” was given new life; “Chepito Marihuano” re-appeared in various scenes (rius, 87), along with his drawings of boxers and bulls, which remained popular still.

“Fame is fleeting,” even for some of the finest artists. But we can say, Posada will be remembered by “la gente” wherever La Loteria is still played (if only by your abuela?). Posada will also be remembered by artists and art lovers, through Diego Rivera’s work, through the comics and books of rius, or, perhaps, on whatever wall we find the special art of Mexican American artist, Carmen Lomas Garza, or any artist inspired by some of those magical cards.

Tonatiuh, Duncan, Funny Bone: Posada and His Day of the Dead Calaveras, 2025.[PUB?} 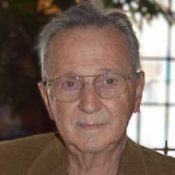