The Texas Rangers: Injustice Never Leaves You and Cult of Glory

"While the Texas Rangers’ aggression toward Native Americans and Mexicans on both sides of the border was well-known, writers and historians persisted in elevating the Rangers to lofty, heroic heights. "

The history of the Texas Rangers is filled with tales of bravery and daring in the wild Texas frontier.   But many of those tales are fantastical as some of the heroic narratives harken back to the 19th century tall-tales of Pecos Bill roping a tornado and riding on a giant snake.   Such hyperbolism would be amusing if not for the violence that marginalized and removed ethnic Mexicans and ultimately established a minority, Anglo-centric power structure in South Texas.   And that meant specific events in counties south of San Antonio, including those that make up the Rio Grande Valley:  Cameron, Willacy, Hidalgo and Starr.   In the summer of 1915 Adolfo Muñoz was tortured and lynched while in Texas Ranger custody a mile and a half from San Benito, Texas in Cameron County.   This is one among many incidents of Ranger terror.   And much of it took place while the founder of Harlingen, Texas, Lon C. Hill, served as a Texas Ranger.  Hill organized vigilante groups and believed that “every Mexican in the country” was a raider, a criminal suspect.   According to Monica Muñoz Martinez, Hill spent his entire career trying to prove this point as many Rio Grande Valley residents lived in terror.

While the Texas Rangers’ aggression toward Native Americans and Mexicans on both sides of the border was well-known, writers and historians persisted in elevating the Rangers to lofty, heroic heights.   Two authors explore the discrepancy between official history and the brutality of what really happened in the hot, dry and unforgiving thicket of South Texas during the 19th and 20th century.   The Injustice Never Leaves You:  Anti-Mexican Violence in Texas(Harvard UP 2018) by Monica Muñoz Martinez and Doug J. Swanson’s Cult of Glory: The Bold and Brutal History of the Texas Rangers (Viking 2020) are two densely researched works that document the history of abuse committed by the Texas Rangers. Both authors peer through the mythological cumulus of state-sponsored history that concealed the scandal-ridden, sordid and murderous past of the Texas Rangers.

But Muñoz Martinez does more than simply document the long litany of anti-Mexican violence.    In the first half of her book, she focuses on three incidents of extra-judicial executions, mob violence, and state-sponsored terror that afflicted the ethnic Mexican population on the border.   In all cases, justice was not served on behalf of victims and families.  Historical inaccuracies and distortions of the events prevailed.

In 1910 Antonio Rodriguez was slowly brutalized and burned to death in in the public square of Rocksprings, Texas by a vigilante mob.   In 1915 Jesus Bazan and Antonio Rodriguez reported to the Texas Rangers that horses and other equipment had been stolen from their ranch.   On their return trip home, witnesses report Texas Ranger Captain Henry Ransom shot both men in the back.  There were no police investigations into the double murder.   In 1918 Texas Rangers and members of the U.S. Calvary rounded up fifteen men and boys, all Mexican residents of Porvenir, Texas, a small ranching community.  The Rangers summarily executed each and every one of them.   State officials falsified reports and make the usual claim that Porvenir residents were “bandit sympathizers.”   But the witnesses of violence provided testimony contrary to the official record and passed that along to succeeding generations.

Oral histories by family survivors, asserts Muñoz Martinez, not only reclaim the truth about the past, they serve to challenge the dominant narrative of the state.   She writes that “critical memories, tensions between official and vernacular histories are made visible, and the machinations of power to proclaim the former and deny the latter are revealed.” And while official history often rationalizes and even erases past atrocities, Muñoz Martinez writes that “preserving memories became a strategy of resistance against historical inaccuracies and social amnesias.  The family histories expose the heavy burden on those who carry the load of a traumatic past.”  Oral histories recover what is lost and they also fortify the community with the capacity to resist the distortions of official history.

Doug J. Swanson documents the violence and the corresponding distortions of history in Cult of Glory as he follows the expansive timeline, from the early 19th century origins of the Texas Rangers to the 20th century version of what remains a tenacious Texas icon.   In his introduction Swanson catalogues the list of Texas Ranger atrocities and clearly indicates to the reader what is to come in his well-researched volume:

They were violent instruments of repression. They burned peasant villages and slaughtered innocents.  They committed war crimes. Their murders of Mexicans and Mexican Americans made them as feared on the border as the Ku Klux Klan in the Deep South.  They hunted runaway slaves for bounty. They violated international law      with impunity. They moved through Texas towns like a rampaging gang of thugs.   They conspired to quash the civil rights of black citizens. They busted unions and broke strikes. They enforced racial segregation of public schools. They botched important criminal investigations. They served the interests of the moneyed and powerful while oppressing the poor and disenfranchises. They have been the army of Texas’s ruling class.

And it was clear from the beginning. In 1821, as Swanson notes, Stephen F. Austin, the “Father of Texas,” took one look at the Karankawa Indians who resided near the Gulf of Mexico and declared that “there will be no way of subduing them but extermination.” Enter the Texas Rangers, the original, state-sponsored killer of Indians and Mexicans in the Southwest and the beginning of what was to become a 20th century cinematic romance with Anglo men riding horses underneath big hats. And that is the other atrocity:  the lies, the trenchant voices of the political establishment that covered up the brutal reality of Texas Ranger behavior and, at the same time, glamorized them as heroes and saviors of justice and order in the South Texas.

Swanson, like Muñoz Martinez, provides a trainload of documentation on the abuses of authority by the Texas Rangers and the corresponding lies and cover-ups by officialdom.   William Prescott Webb somehow missed that train as he published his glossy, myth-making history, The Texas Rangers:  A Century of Frontier Defense, in 1935.  Webb describes the “real Ranger” as “the solitary and essential defender of civilization.”   And, as Muñoz Martinez notes, Webb declared that they possessed “supreme mental and moral qualities.”  While such characterizations might make many gasp for air, Webb’s book became the standard text and the basis of numerous historical markers that essentially blur the truth about border brutality and injustice against Indians, Mexicans, and Mexican-Americans.     Muñoz Martinez and Swanson provide excellent, richly documented companion studies to the more accurate and robust historical study in David Montejano’s seminal work, Anglos and Mexicans in the Making of Texas, 1836-1986 (Univ of Texas 1980).   Verifiable documentation challenges the official history.

One final note:   In spite of the striking history of atrocities and incompetence, the Texas Rangers, just in case you did not know, remain the subject of praise and adoration and honor.   Muñoz Martinez writes, “In Texas there is no shortage of public celebrations that honor icons of state violence.  For too many, it is racism memorialized and celebrated in plain sight.” And it is this grandiose fixation that has ruled over the harsh reality of persecution.  “History,” as Swanson writes, “often proves to be the weaker foe of romance.”  And the romance has been codified. The Texas State Code, Section 411.015(6), states in plain language the following: “[…] the Texas Rangers may not be abolished.”

Cult of Glory: The Bold and Brutal History of the Texas Rangers (Viking 2020) 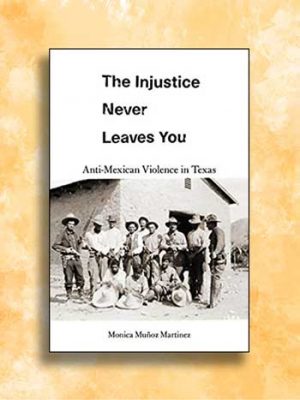 The Injustice Never Leaves You: Anti-Mexican Violence in Texas 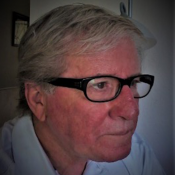