"Strawberry Fields provides a subtle yet moving account of migrant farm work, but it is much more than that."

Upon reading the galley proofs for Strawberry Fields by Chuy Ramírez, I was immediately intrigued. My book about a South Texas family working in out-of-state strawberry fields for a summer had been published barely three months earlier. And, as in Ramírez’ work, two adolescent brothers also find themselves locking horns with a formidable father. The intersection of both novels’ themes, published around the same time, seemed an exciting coincidence, a sort of Jungian synchronicity suggesting that one’s ideas and interests aren’t simply fragmented, individual observations but perhaps part of a larger, organic whole.

Chuy Ramírez’ description of harvesting strawberries while living in a squalid labor camp is at once lyrical and sober. There is an adolescent’s sense of adventure on experiencing the world beyond his barrio, yet the wonder is tempered with a more mature portrayal of the hardships of camp life. He incorporates those experiences into the emotional crisis of Joaquín, now a successful attorney who senses that his spiritual tumult is somehow linked to that long-ago summer.

Strawberry Fields provides a subtle yet moving account of migrant farm work, but it is much more than that. Through a series of flashbacks, Joaquín first allows us to experience his world in San Felipe, the South Texas town where the decision to work in Michigan and Indiana is conceived. He recreates the barrio’s sights, sounds and mindset with an uncanny sensitivity. A writer with a myopic eye or with cultural blinders would likely have overlooked San Felipe as a stereotypical, sleepy border town, but for Ramírez it proves a treasure trove. He shows how such communities, although insulated by status and segregation, are seething with nuanced ambition and anxiety. Even minor characters possess memorable peculiarities, so that San Felipe is presented less as an abstraction than as a town made up of individuals with their idiosyncrasies.

A recurring theme in Strawberry Fields involves Joaquín’s conflictive relationship with his father, a Mexican immigrant married to a Chicana. The father sustains a somewhat schizoid relationship with his motherland, criticizing its corruption yet in the next breath defending it against American cultural influence. This ambivalence, which often characterizes expatriates, proves one of the more interesting elements in the book. He tries to transfer his nationalistic pride to his children through ritualistic trips across the border. Yet the perceptive Joaquín realizes that it’s ultimately an empty gesture, since the offspring’s native-born status virtually disqualifies them from ever being bona fide mexicanos in their father’s eyes.

The work’s secondary title, A Collection of Short Stories, leads one to expect a number of stories independent of the main plot, yet the short fiction seems more like embedded and interspersed vignettes than stand-alone material. These narrative islands throughout the book are interesting in their own right. However, once the dark mystery at the book’s center develops fully, it takes hold of one’s interest in the same way it consumes Joaquín’s energies and waking moments. At that point the additional “stories” in the narrative almost get in the way, as the reader glosses over them so as to pursue any clues that may explain the mystery. This is unfortunate, since the occasional dash of local color and the cameo studies of minor characters do add to the reader’s overall, imagined sense of San Felipe; a few of the more poignant episodes or anecdotes even stand out afterwards in one’s memory, like small gems. One gets the sense that the “stories” might have been better served in a future collection of short fiction or might have found their way into another novel. But in the end these minor criticisms—like the occasional unnecessary accents in the text–are minor quibbles over an impressive and very interesting first novel. 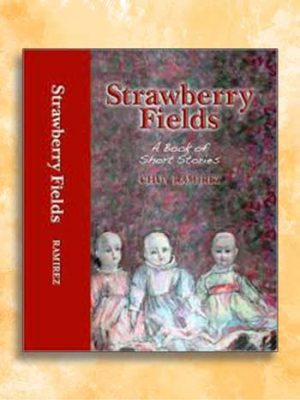 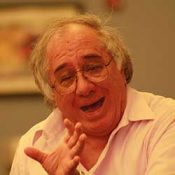 Retired Professor of Psychology at the University of Texas-Rio Grande Valley. Dr. Gonzalez grew up in McAllen, Texas, just off of South 23 rd Street, attended McAllen High School, Pan American College, Edinburg, Texas, and received his B.A. degree at Pomona College and his Ph.D. at the University of California at Santa Cruz.
Genaro González’ first novel, Rainbow’s End, was nominated by Rudolfo Anaya for an American Book Award. This was followed by Only Sons, a collection of short fiction. His third book, The Quixote Cult, is an autobiographical account of his days as a Chicano activist in South Texas. His most recent book is A So-Called Vacation.