Juan Gomez Quinones’s two-volume political history, Roots of Chicano Politics and Chicano Politics: Reality & Promise, 1940-1990, represent a history of ethnic Mexican political ideologies and participation from the Spanish colonial era to 1990.  A foundational historian of Chicano History, and one of its most prolific and highly respected scholars, Quiñones passed away in California last November. Juan Gómez-Quiñones’s scholarship ranged from examinations of labor, culture, philosophy and politics.  He was also a poet.  Since 1974, Quinones had taught history at the University of California at Los Angeles.

In Roots and Chicano Politics, Gómez-Quiñones begins a syntheses of five centuries of political history with an overview of the indigenous world, focusing on the Aztec, and the Spanish conquest during the 1500s. Coupling Mexican and United States scholarship, he divides his analysis geographically (California, Arizona/Sonora, New Mexico, and Tejas/Texas), covering indigenous communities (not exclusively the Aztecs), women, various ideologies, and political participation. His consistent intersectional treatment allows for a breath of coverage few political histories offer when tackling such a complex and rich topic.

Gómez-Quiñones follows the standard periodization for dividing his chapters. Chapter 1, The Septentrion: Political Culture of the North, 1600-1822, lays out the transition from Spanish colonial rule to the Mexican War of Independence (1810-1821). He then covers, in Chapter 2, titled Mexican Republicanism on the Frontera, 1822-1848, the fraught process of nation-building in the Mexican state, given its vast geographical space and significant indigenous communities. The chapter focuses as well on the process of northern migration to Tejas, which introduced a slave economy which sets off the Texas War of Succession (1836), the ideology of Manifest Destiny which led to the War of Aggression of 1846 and the Treaty of Guadalupe Hidalgo of 1848.

The last two chapters examine United States colonization of the Southwest.  In Chapter 3, The Consolidation of North American Domination, 1848-1900, Gómez-Quiñones describes Mexican American’s loss of socioeconomic and political power despite the Treaty of Guadalupe Hidalgo granting Mexicans residing in the United States citizenship and property rights. He examines ethnic Mexican’s resistance activities from rebellion to electoral political participation and continued economic activities. What emerges from Gómez-Quiñones’ descriptions is a balanced look at both decline and resistance of the Mexican population of the Southwest that previous histories have been unable to fully examine. No doubt, this intersectional analysis of history has helped advance Chicano historical scholarship.

In Chapter 4, A New Century and New Challenges, 1900-1941, Quinones focuses on three processes: “increased industrialization, immigration, and urbanization” (295). Gómez-Quiñones deftly incorporates a regional and transnational analysis for understanding the political activities of Mexican Americans. Examples of regional political organizing by Mexicans and Mexican Americans in southwest states include El Primer Congreso Mexicanista of 1911, the first statewide ethnic Mexican civil rights meeting in Texas, and the New Mexico and Arizona statehood process. In the case of New Mexico, due to their political influence, ethnic Mexicans would succeed in inserting equal rights protections and bilingual educational access. (327). Examples of transnational coverage in his history include the Partido Liberal Mexicano, a Mexican revolutionary movement based in the United States, to José Vasconcelos, former Mexican secretary of education and author of “La Raza Cósmica”, who toured the United States seeking support for his Mexican presidential aspirations during the 1920s. Gómez-Quiñones ends the chapter by examining the scope of ethnic Mexican participation in the New Deal and World War II as well as their engagement in Mexican national politics.

Our second book, Gómez-Quiñones’s Chicano Politics: Reality & Promise, 1940-1990 was published two years prior to the Roots of Chicano Politics. It is primarily a nation-state as opposed to a transnational-centered analysis and reflects the then predominate view that the Chicano Movement was the seminal point in the intellectual and political development of the Mexican American community. The explosive growth of historical studies over the last 30 years have reshaped our understanding.  The conventional view which most scholars now share is that the Chicano Movement was a phase in the long political history of ethnic Mexicans. Indeed, Roots of Chicano Politics began that process of reevaluation.

Chicano Politics couches historical analysis between an introductory chapter that examines, and offers, an understanding of ethnic Mexican political activities and concludes with thoughts on the current political situation and contemporary expectations of the future at the end of the 1980s. Gómez-Quiñones uses a generational paradigm, even if not explicitly mentioning it, for understanding the development of ethnic Mexican political empowerment.  That paradigm breaks down the periodization into the Mexican American period (1940-1960), the Chicano period (1960-1970s) and Hispanic period (1980s).

Chapter 2, The Promise and the Reality from 1941 to the 1960s, examines the development of various regional and national civil rights organizations, including the continuing growth of the League of Latin American Citizens and formation of the American G.I. Forum, to the increasing election of state and federal representatives such as Texas Congressman, Henry Gonzalez. Former members the Viva Kennedy Clubs formed the Political Association of Spanish-Speaking Organizations in 1961 to directly engage in electoral politics, but began to decline in influence due to in-fighting and the emergence of Chicano political organizations.

Chapter 3, Liberalism: The Chicano Movement and Its Organizations from the 1960s to the 1970s, examines new political organizations, but argues that the movement should not be understood as a singular unified front, but as varied efforts with differing ideological understandings. Importantly, Gómez-Quiñones was one of the first scholars to shift from understanding these efforts as a singular “movement” to “movements,” although the chapter’s title does not indicate the interpretative shift. He examined the big four organizations: Alianza Federal de Pueblos Librers, United Farm Workers Union, Crusade for Justice, and La Raza Unida along with other militant groups such as the Centro de Acción Social Autónoma-Hermandad General de Trabajadores.  Gómez-Quiñones’s closes out his coverage with “set-backs” in Chapter 4, Conservatism: New Players and Strategies from the 1970s to the 1980s, despite dramatic increases in voter registration and voting. After the 1960 election of John F. Kennedy, both registration and voting would decline through the 1960s and 1970s.  Nonetheless, ethnic Mexicans would increase their political power.  President Ronald Reagan would see the reduction or elimination of Great Society programs created to help the poor and minorities. Chicano Movement activism, already a divided effort, faded with the greater incorporation of ethnic Mexicans within the Democrat Party. Thus, Gómez-Quiñones’s references “Reality and Promise” for his assessment of the emergence, rise and decline ethnic Mexican political power.

If you have not read Gómez-Quiñones’ works, you are definitely missing an opportunity to learn from one of the great Chicano historians. My review is a relatively limited focus on his political histories.  His work,  especially that related to labor and workers, should also be read to gain a better understanding of the ethnic Mexican experience. 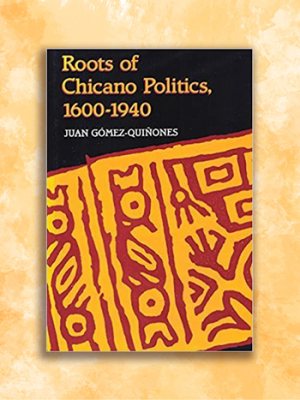 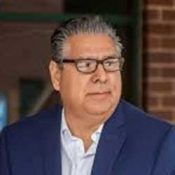 Dr. Trinidad Gonzales is a co-founder and president of Refusing to Forget, a national award winning public history project devoted to examining state-sanctioned violence against ethnic Mexicans during the 1910s. Dr. Gonzalez is a history and Mexican American Studies instructor at South Texas College. His research focuses on the United States/Mexico borderlands and group identity. He is the first Latino Co-op Student for the Smithsonian Institution where he conducted field research for the Center for Folklife and Cultural Heritage’s El Rio Program for the Folklife Festival. He received his Ph.D. from the University of Houston and served as the American Historical Association Teaching Division Counselor, 2014-1017.