Cristina Salinas’s Managed Migrations, Growers, Farmworkers, and Border Enforcement in the Twentieth Century is the latest installment in a series of books with some focus on the history of agricultural workers in the South Texas.[1] Salinas’s book is a must read for an understanding of the unique labor history of that southernmost territory of the “Nueces Strip,” now constituted by Hidalgo and Cameron Counties.

Salinas examines the relationship between immigration laws (and de facto immigration policies), Mexican migration, and the interests of agricultural capitalists in the once-thriving agricultural industry in the Rio Grande Valley. The title of the book appropriately anticipates Salinas’ examination of the overarching agricultural industry’s and local and federal public policy strategies which operated hand in hand to maintain a steady supply of subsistence stoop labor.  This included the bracero programs and legal efforts to prevent farmworkers from migrating to other states to find better paying jobs.  Dr. Salinas accurately relates how from the very earliest, Mexican Americans from South Texas (and specifically, from “el valle”) sought better markets in northern states for their labor.  This historically proven but rarely highlighted yearning and unwavering search by Mexican Americans -in spite of all social and economic hindrances placed in their path – for a better life for their families has rarely been the focus of serious academic attention.  A pattern of migration which began in “el valle” to the Midwest, California and the far Northwest confirms that resolute spirit to improve one’s life.

A serious Texas historian can ill afford not to read Salinas’ book.  Many a reporter and political pundit would also be wise to read the book for a better understanding of the historical development of that place we know as “el valle”.

I was pleased that Salinas dedicated some space in her book to provide for a much-better informed understanding of the role of “crew leaders”[2] in the South Texas agricultural industry. More specifically, in pages 124-128, under Migrant Crews: Exploitation Self-Organization?, Salinas importantly contrasts “crew leaders” with “labor contractors”.  That is an important distinction.   The former operated in various roles, including as community intermediary and go-between, in addition to being somewhat of an independent contractor.

The crew leader was often an essential conduit through which farm worker’s compensation information was channeled and mediated upstream during the seasonal crop harvesting.  But, because he was the only person who stood to profit in the business relationship, albeit marginally, his duty to his workers was often an ambiguous one.  The true labor contractor, on the other hand, recruited workers for employers and had no continuing duty or fealty to the workers.

Doubtless, the crew leader business model was a unique and essential feature of agricultural worker exploitation. As low-level entrepreneurs, crew leaders engaged in and perpetuated a system which exploited both them and their communities.  Sill, my own experiences as a farm worker, confirmed by observation and numerous interviews of “crew leaders,” suggest the apt characterization of crew leaders also as intermediaries and transformational agents in the segregated Mexican American enclaves.  At one extreme, intermediaries who operated in the Mexican American enclaves had characteristics and may have performed functions akin to those which Franz Fanon, the French psychiatrist and intellectual, would describe exclusively as bourgeoisie “go-betweens” in the French colonies.  Most South Texas crew leaders were hardly of this type of intermediary. For instance, crew leaders remained residents of the enclave and were neighbors of the families whom they recruited, advised or counseled.  Thus, they and their families were exploited and subordinated equally as all other Mexican Americans, regardless of class.  Indeed, their own immediate and extended families were a major part of their labor crews.[2]

The crew leader’s marginal success depended primarily on his skills to recruit and maintain a loyal work crew. As an independent contractor, the crew leader had to own, rent or borrow one or more trucks to haul his workers and agricultural products.  He had to cover the cost of operating the truck and transporting his workers to the fields. He was typically compensated by the packing shed, the cotton gin or the farmer/grower at weeks-end based on the tonnage picked and delivered.  Crew leaders shared language, religion and culture with the segregated enclave community, and a strong identification with their Mexican American identity and class.  But they typically had sufficient English language skills and a cross-cultural awareness (or someone among their immediate midst who did) to maneuver to their advantage within the segregated enclave.   While limited in his engagement in the capitalist system, of necessity, the crew leader and his children acquired business, accounting, finance and negotiating skills. As such, they were often the most likely among the ranks who were first to assimilate many of the traits of the dominant culture.   As the chicano movement of the 1960s emerged, many of the avant-garde leaders of the movement would come from crew leaders’ families.

There was no privity of contract between the workers and capitalists who stood to profit the most from laborer’s subsistence incomes.  In the agricultural capital – labor economic relationship, the owners of capital had no actual, legal or moral obligation to the piece rate workers who performed stoop labor.  Worker complaints (often few and far between)[3] could be addressed solely to the powerless crew leader, whose pay came in crisp dollars on Saturdays at noon. But any differential in the crew leader’s livelihood from those of others in the enclave was at best marginal.

Because of the co-dependency between the crew leader and his workers, the crew leader of necessity had to excel at diplomacy, for he often found himself bargaining for both his own interests and those of the workers.  At the same time, he had to be ever alert to remain in the good graces of the packing shed or cotton gin management.[4]    Ultimately, with the cotton gins, packing sheds or growers, he always bargained from a position of weakness.  For, there were endless lines of crew leaders and farm workers ready to replace him and his crew at a moment’s notice.[5]. His labor crew had no voice in the matter, for they must rely on the intermediary to negotiate terms on their behalf.

The South Texas crew leader is now a thing of the past, but its history has still not been revisited and told.

[1]  See Montejano, David, Anglos and Mexicans in the Making of Texas, 1836-1986, Austin: University of Texas Press, 1987; Emilio Zamora, The World of the Mexican Worker in Texas, College Station: Texas A & M University Press, 1995.  Salinas’ project would have benefitted from some attention to the function of the segregated Mexican American enclaves of South Texas and, of segregated schools, both key in perpetuating a subsistence level income, which served as the backbone of the once-thriving agricultural industry of South Texas.

[2] For an excellent introduction to “farm labor contractors”  see Taylor, Ronald B., Sweatshops in the Sun, Child Labor on the Farm,   Boston: Beacon Press, 1973.

[3] When the truck, filled beyond capacity with some 43 farmworkers, collided with the train, the crew leader lost not only his only life, but  two oldest sons, among the 43 dead, leaving behind his pregnant wife, sons and a daughter. Interview of Richard Cortez, Hidalgo County Judge. Part 2, www.iberoaztlan.com. August 2021 Edition.

[4] In my novel, Joaquin’s Journey, the crew leader arrives with his crew at a Michigan farm labor camp.  Farmworkers had to dig up a pit privy at a Decatur, Michigan farmworkers strawberry picker’s camp:
There was no pit privy at their Decatur camp when they first arrived. The men had stood around, giving each other bewildered looks, like seamen marooned on a deserted island. Out of frustration, Benancio had led the digging party for the camp outhouse that day. He seized an axe he had filed down and set out to draw and cut the right lengths of wood. Other men eventually joined him and awaited his instructions as Benancio directed how the pit should be dug and the wood attached.  The makeshift outhouse was exclusively for the women of the camp. It was really a Neanderthal lean-to, with old bedspreads as walls. Women went to it in groups and encircled the wobbly structure to shield the potty-goer from the prying eyes of men. Inside the lean-to, the women squatted to relieve themselves. Men, on the other hand, just scampered into the woods to do their business.

Initially, Joaquin’s sensibilities had been affected rather severely; he was quite pained whenever Manda or Sis needed a turn in the outhouse. He now imagined the discomfort and the thoughts that must have wandered through minds at such a sight. He screamed at the top his lungs, “God! I can’t believe what we put up with!” Isn’t it amazing how, in due time, we fall in step, and it all becomes okay, tolerable. Anything can become acceptable in due course. Everything!

[5] Interview of Mike Lopez, www.iberoaztlan.com July, 2021 Edition:
“My dad was the crew leader. He had made a mistake and that morning had taken us to the wrong field. The field man was raging mad and berated him like a child in front of the entire crew. Later, as we made our way home, I asked my dad, “Why did you put up with that?” He told me how all the crew leaders lined up for work for their crews over at the packing shed. “They pick me,” he said, “and because of that, we get to eat. Never bring that up again.”

[6]  Ibid; The dialogue between Mike Lopez and his father dispels any notion of a subconscious or unconscious inferiority complex. Quite clearly, his father was very conscious of the dominant-subordinate relationship which informed the transaction. He explained to his son that his actions constituted a risk-avoidance and standing up for himself might jeopardize his family’s subsistence. 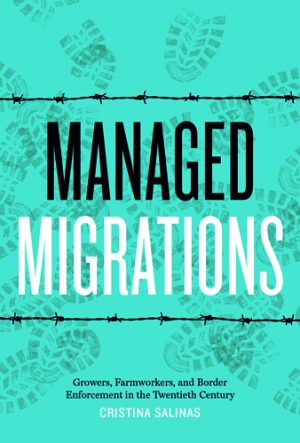 Purchase from University of Texas Press

If you are interested in submitting an article or suggestion about a story, please let us know. Email us at editor@iberoaztlan.com