"As he is being dragged to the sacrificial altar, he attempts to bargain with God for his life, offering half of his loot for Catholic masses if his life is spared. He momentarily sees the woman through the misty haze, among the mass of humanity, staring at him intently with those dark eyes he knows so well. He will not survive. Caught and dragged to be slaughtered in the temple, his last thought is, “Ojala mi hijo tenga los ojos azules,” (“I hope my son has blue eyes.”)"

Perez-Reverte’s novella, Ojos Azules, is about the last hours in the life of a young Spanish soldier in the rear guard of Hernan Cortez’s army as the Spanish attempt to escape from Tenochtitlan during that dark and rainy night sometime between June 30 and July 1 of 1520.   Yet, that violent and tragic space, during the last few hours of the protagonist’s life—indeed, his last few breaths—symbolize for Perez-Reverte the genesis of the phenomenon of mestizaje.  For the soldier has impregnated a native Aztec woman.

Perez-Reverte’s extraordinary narrative pulls one into the carnage surrounding the Spanish soldier and other infantrymen as he forges forward through waves of humanity to escape from Tenochtitlan. One almost hears the drums, shouts, and screams, smells the blood, and feels the fear. It is the Spaniards’ “La noche triste”, The Night of Sorrows, in the history of the conquest of the Aztecs (Mexicas). It is the night that Hernan Cortez is said to have shed tears at the sight of what was left of his army and his allies, the Tlaxcaltecs, when the Aztecs (Mexicas) attacked as Cortez and his cavalry, laden with Aztec booty, attempted to steal away in the night. It was not to be for many of his army, who were on foot in the rear guard and were weighed down by the gold stolen from the Aztecs. But the gold the soldiers dreamed would assure them a life of comfort when they returned home to Spain, assured them only of their death in the mud and water in the canals surrounding Tenochtitlan, or spread-eagled on the altar, heart torn out by an obsidian knife.

Perez-Reverte’s character fights bravely, certain that he will survive. As he fights for his life, always in the back of his mind is the Aztec woman who was at his side until she let him know she was pregnant. His companions laugh when he tells them about it and so he kicks her out. Days go by and he misses her, but he has spurned her and held her in disdain, and she does not return.

As he is being dragged to the sacrificial altar, the soldier calls on God for a bargain for his life, offering half of his loot in consideration for underwriting Catholic masses if his life is spared. He momentarily sees the woman through the misty haze, among the mass of humanity, staring at him intently with those dark eyes he knows so well. He will not survive. Caught and dragged to be slaughtered in the temple, his last thought is, “Ojala mi hijo tenga los ojos azules,” (“I hope my son has blue eyes.”).

Although genetically improbable, if not impossible, for his child to have blue eyes, the protagonist of this brief story feels the ambivalent need to have part of himself live on with the birth of his child. His child will become one of the first mestizos as depicted by Diego Rivera in his mural, La Llegada de Hernan Cortez, in which he painted a blue-eyed child of an indigenous mother.

Notably, Ojos Azules, is written from the Spanish perspective. Perez Reverte humanizes his protagonist through a glimpse at the impetus that motivated Spanish soldiers to risk their lives fighting in a foreign land. Like other soldiers in other wars, a chance at a better life was key. Indeed, the Spaniards’ noche triste is hardly illustrative of the violent three-hundred-year colonization of Mexico. In that context, it would appear that the symbolic death of the Spanish soldier is hardly sufficient punishment for Spanish sins.  Ojos Azules is set in a brief moment in time, and yet, it is in that moment that it captures violence as the nuanced genesis of our biological mestizaje.  And therein lies its literary value. The novella is hardly representative of a Spanish-centric or Euro-centric perspective if Perez-Reverte’s entire body of works is considered.  For his novels are often criticized for their negative depiction of the historical church, including the Spanish Inquisition, and of the Spanish Crown.

Perez-Reverte is said to have been inspired in part by Diego Rivera’s mural, which he observed  at the National Palace in Mexico City. A renowned Spanish novelist and journalist, Perez-Reverte’s writing is so verisimilar that he almost paints his stories for us in words. But he is not without critics for his depiction of war and its horrors in his books. Anne L. Walsh of University College in Cork says that Perez-Referete’s work “centers around two areas: the significance of the past, whether cultural, historical and literary and the role of the written word in communicating, in rescuing, in challenging versions of that past in order to combat what Perez-Reverte terms ‘dismemory’.” To some readers, he is harsh, mincing no words, and using what some consider unnecessary vulgar language. Some critics believe that as a member of the Royal Spanish Academy, his language should reflect his prestigious position. The author’s experience during twenty-plus years as a war correspondent color his writings which so many readers enjoy. Many of his books have been turned into successful movies and television series. It seems unlikely that he will change his writing style despite his critics’ opinions. 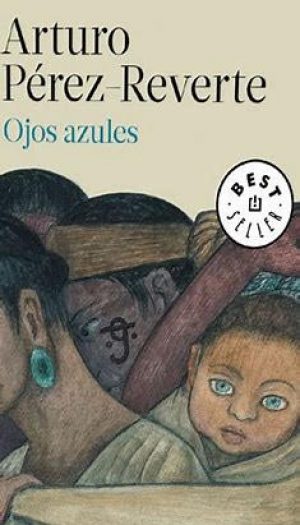 If you are interested in submitting an article or suggestion about a story, please let us know. Email us at editor@iberoaztlan.com