With the decennial redistricting process underway for  the purpose of drawing new congressional and state legislative district lines, we share a timely interview of two of the leading voting rights litigators in the country. Jose Garza and Rolando Rios of San Antonio, Texas give us some hope that litigation options still remain to challenge restrictive election laws and partisan redistricting. 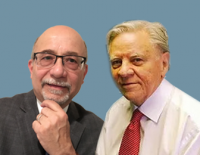 The September 2021 edition of IberoAzltan will be our ninth. We had projected publication of six editions which would be focused primarily on an interview project which we began in 2017, called the Chicana/o Legacy Project. The interest in and support for IberoAztlan was Unexpected.

Rather than ceasing publication as originally intended, we are offering to transfer all publisher’s rights, powers, and legal authority to anyone (individually or otherwise) who has the interest and wherewithal to carry on the project.  The purchase price is $1.00, and the consideration and conditions are negotiable.