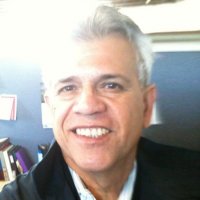 In May, 1968, a group of high school juniors at Lanier High School (San Antonio, Texas) joined to support one of their own whom they believed had been unjustly expelled from school.  Mario Garcia, a student council officer, had engaged in a spirited debate with the student council sponsor, and his conduct apparently was unacceptable.  More than fifty years later, the events surrounding the student’s expulsion and the evolution of the student action into  a list of grievances regarding school conditions are still vivid in Edgar Lozano’s memory.  Lozano talks about the pathetic quality of education at Lanier and other public schools attended primarily by Mexican Americans.  He contends that significant changes occurred as a result of the students’ actions.

In prior editions of IberoAztlan, we have covered similar student actions at Edgewood in San Antonio and in Uvalde.  Sadly, in Uvalde, students were sacrificed for their political actions (see prior edition article by Alfredo Santos and his interview).

Lozano is undoubtedly proud of the students’ efforts to improve their schools.  His interview is one of several  projects involving Mexican American education.  Consider the interviews of Juanita Cox and Rebeccas Flores, who also touch segregated schools in the 1950s and 60s.